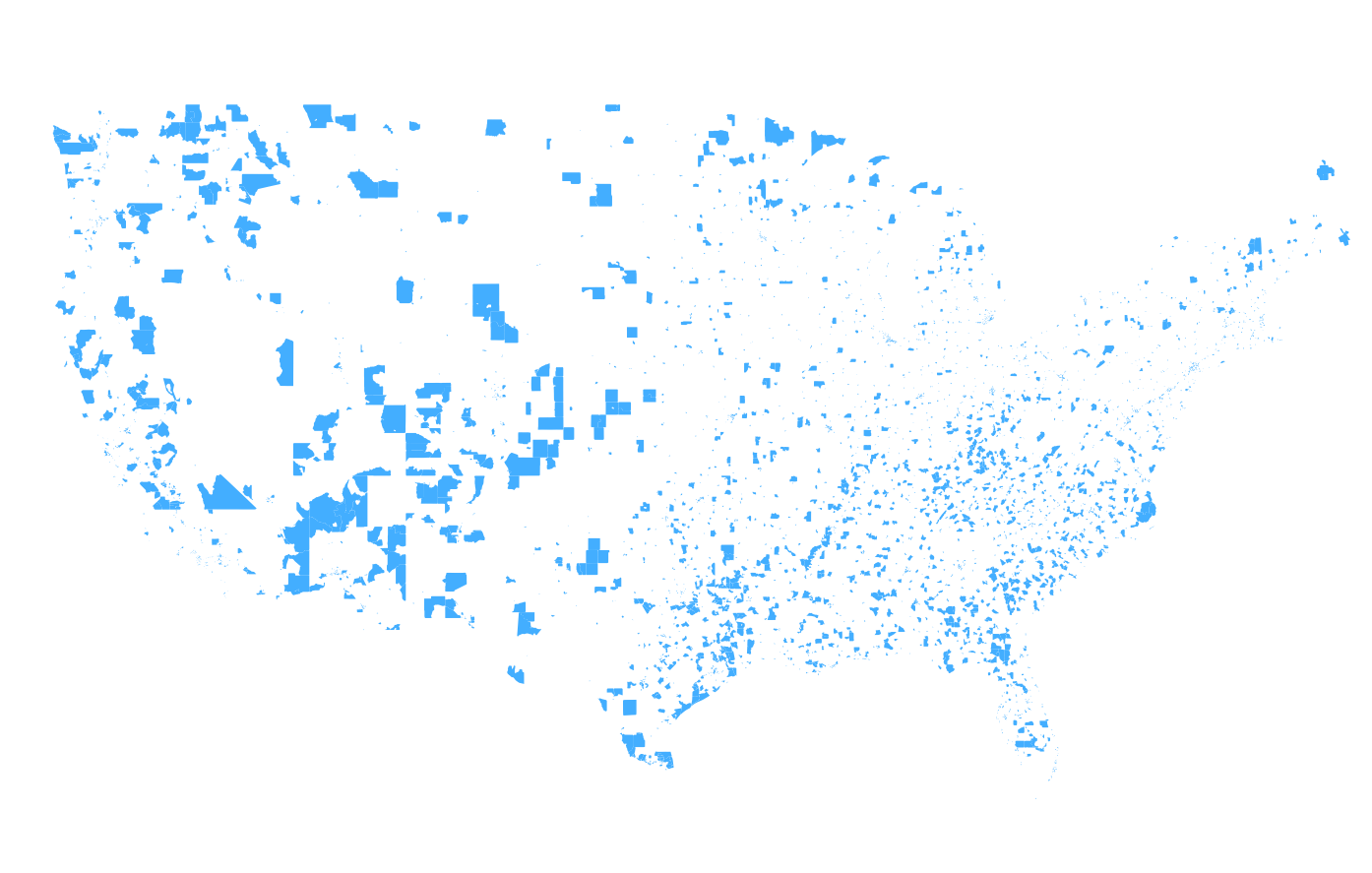 Introduction : What are Opportunity Zones?

Opportunity Zones receive Opportunity Funds, which allow a diverse range of investors to invest in the Opportunity Zone and support economic development in that census tract. Investors are incentivized to invest in Opportunity Funds because of two main tax benefits. Taxpayers can temporarily defer including capital gains that are reinvested in qualified opportunity funds from gross income. If the investment in a qualified opportunity fund is held for more than 10 years and until at least December 31, 2026, then taxpayers can permanently exclude capital gains from the sale or exchange of that investment. Depending on state requirements for the Opportunity Zones, taxpayers may be able to defer and exclude capital gains from state taxable income in addition to federal income, such as in New York. Opportunity Zone designations are effective until December 31, 2028; the deadline for investments made with eligible funds from a 1031 exchange or a sale is January 1, 2027.

The Biden administration has not made an announcement on the continuation or elimination of Opportunity Zones. Although intended to empower low income neighborhoods and residents, relaxed guidelines on reporting, few restrictions on project types that can receive tax benefits, and inaccurate mapping due to unaccounted for factors have led the program to be exploited by wealthy investors more motivated by tax breaks than social development. On the campaign trail, President Biden had touted a reform program for opportunity zones that would 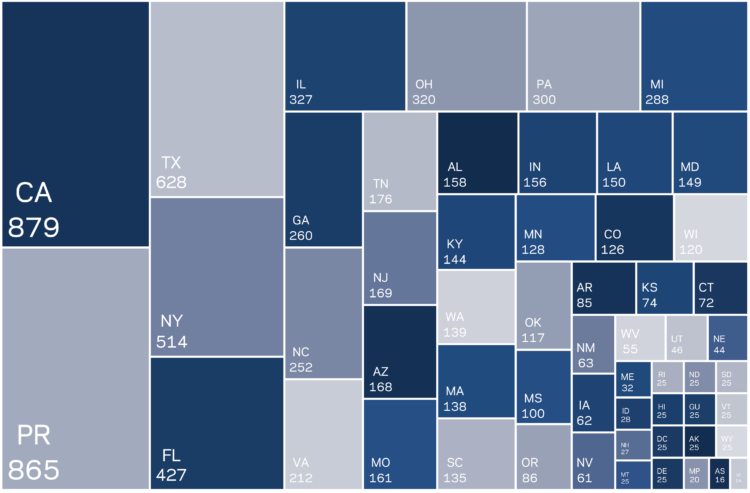 The Controversy : Tax Break for the Wealthy or Community Enpowerment Program? 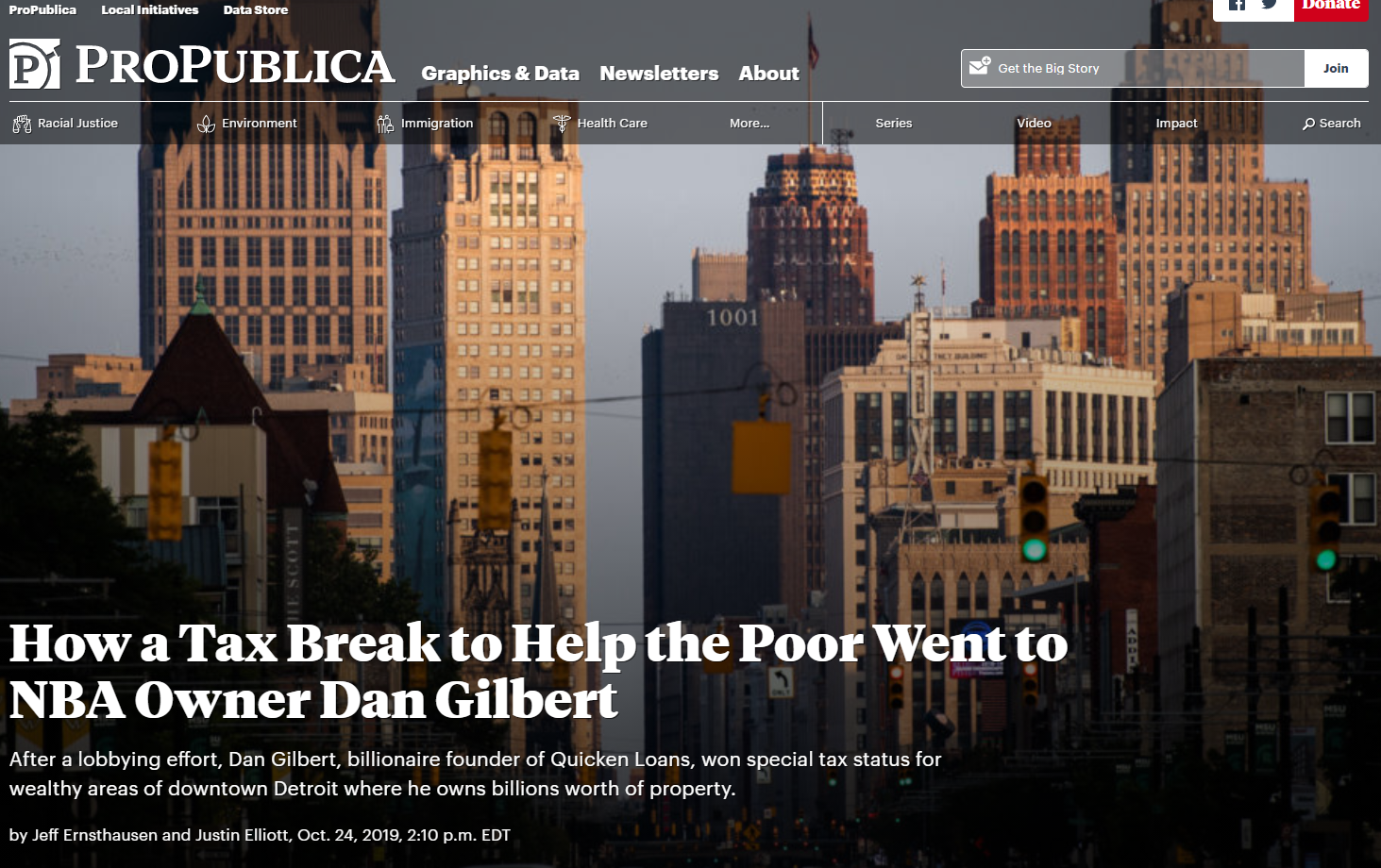 The selection of census tracts designated as Opportunity Zones has been controversial from the onset. A prime example is the selection of three areas of downtown Detroit as opportunity zones. Dan Gilbert, the billionaire founder of Quicken Loans, and the majority property ower in this area coined Gilbertville, benefitted from a personal relationship with the Trump family and was able to successfully lobby for Opportunity Zone status for the census tracts in which he owned property. As shown in an analysis by ProPublica, one of these tracts that was selected didn’t meet the poverty requirements mandated by the program (an individual poverty rate of at least 20% and a median family income no greater than 80% of the area median). This tract is not alone in bypassing the eligiblity criteria to benefit wealthy investors through tax breaks for projects likely to happen regardless. (Ernsthausen and Elliott, 2019)

Al-Tariq Shabazz , a Master of Urban Planning Candidate at Columbia University and Former Director of the Office of Affordable Housing for the City of Newark believes that opportunity zones are a neoliberal tool and rely too much on the market to produce housing.

Q: Do you believe that Opportunity Zone Funds are designed to support development in underserved areas?

A: If there isn’t existing development already, Opportunity Zones won’t spur development. Opportunity Zones don’t cure those problems. At the community level, the people who are investing are not doing smaller scale development. There is a barrier to entry for smaller scale investors, who can’t sustain the 10 year development hold period that’s required to benefit from OZ funding. An example is Manhattanville, which would happen or without funding from opportunity zone designation. What I want to know is, what projects came into the pipeline in areas that had zero development. If something is designated as OZ, and it has a lower AMI, then gentrification is already in place.

Q: How do you think the Opportunity Zone program can be improved if it were to continue under the current administration upon its expiration in 2028?

A: The OZ designation should force developers to fund certain types of projects. There should be government agency oversight. A revolving fund should be established to fund certain types of projects. Is the OZ directing development towards the community? Should the OZ be more explicit in determining what development can go where? Opportunity zone funds have no requirements for affordable housing. There should be incentives to support community retail. People and place are not separate. 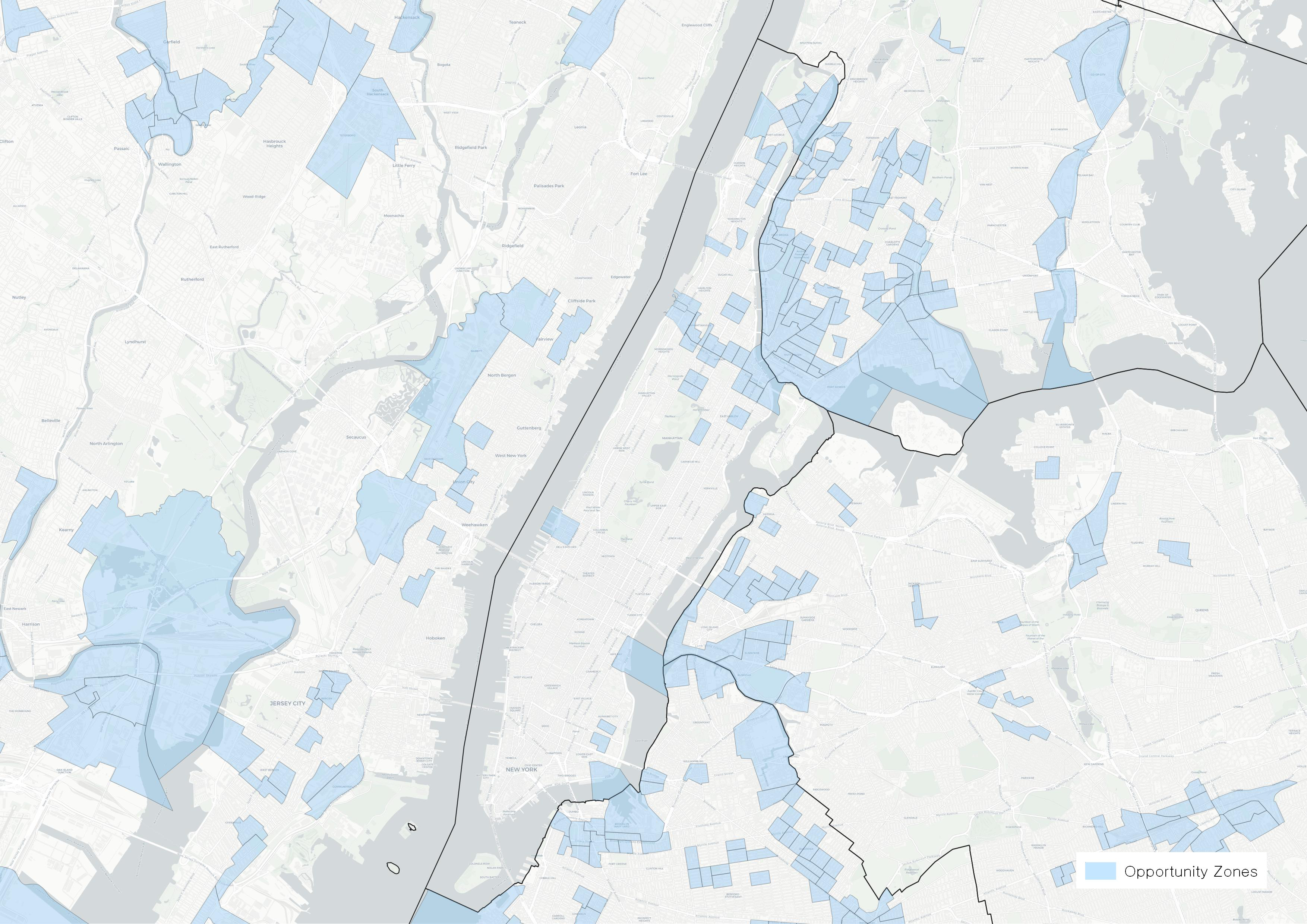 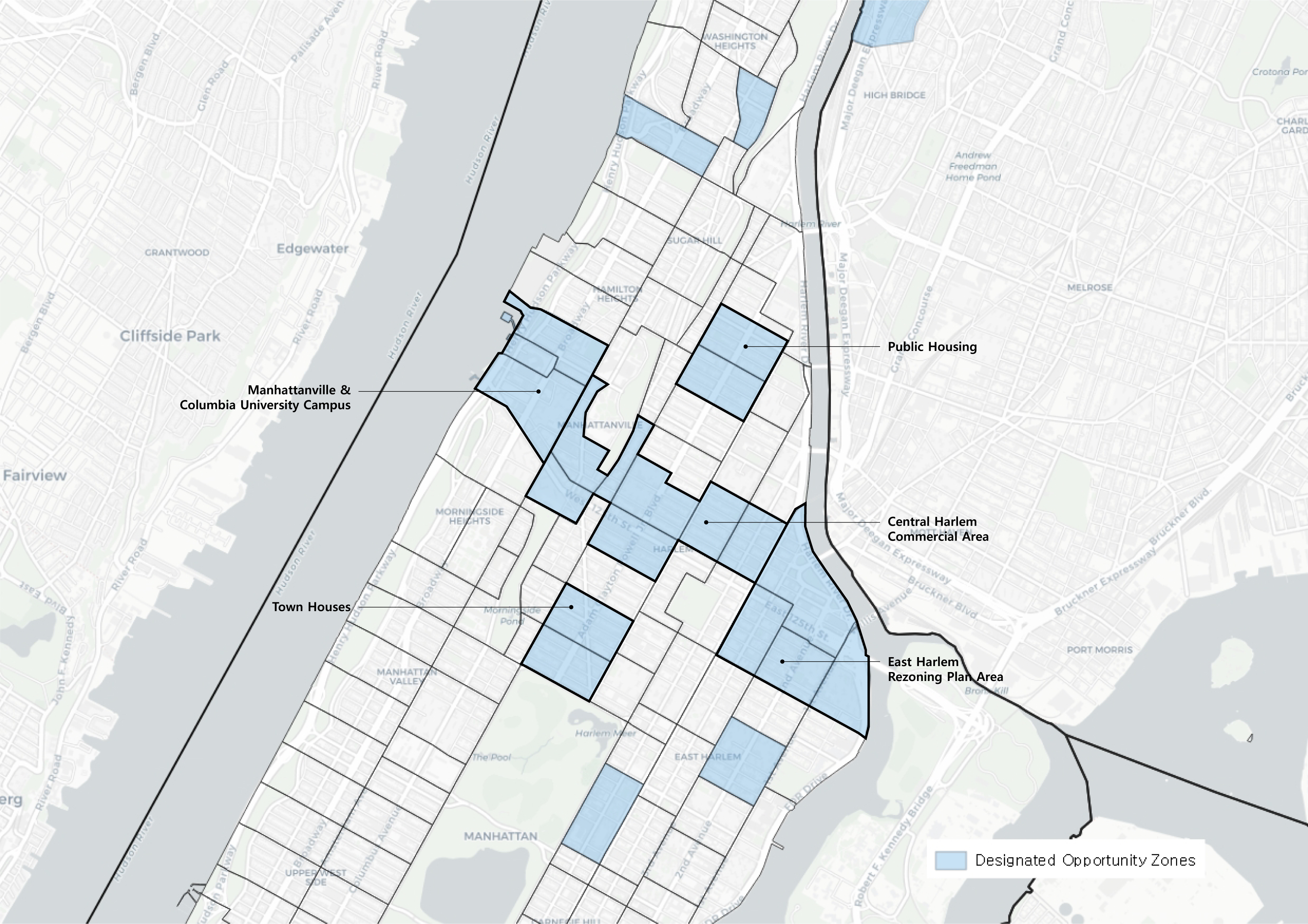 We have decided to focus on Opportunity Zone designations in Harlem given the adjacency to and controversy with Columbia University, which has led the 17 acre, $6.3 billion Manhattanville expansion. (McManus 2016) 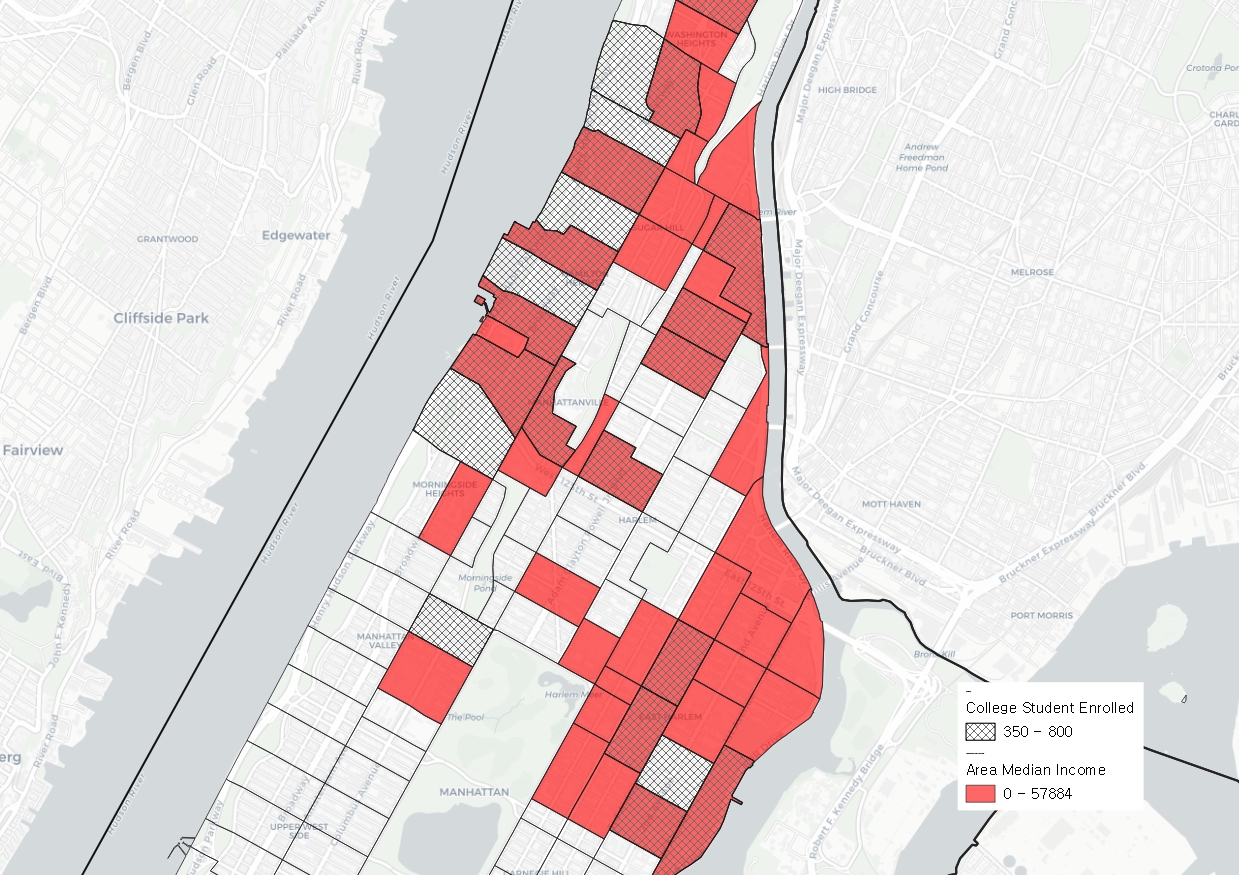 $57,884 is 80% of the Area Median Income (AMI) in Manhattan. College students heavily skew the AMI of each census tract.